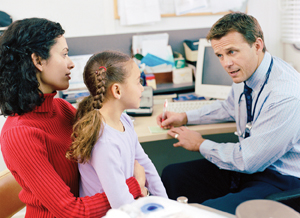 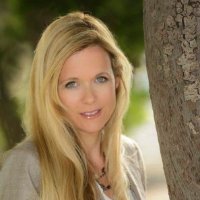 Executive functioning has become a very popular term in recent years, especially as it relates to treating children. In the past, diagnosis involving children’s attention, activity level, organizing and problem solving were made. However often little was discussed with parents regarding improving deficits, executive functioning, using behavioral techniques.

Executive functioning (also known as cognitive control and supervisory attentional system) is an umbrella term for the management (regulation, control) of cognitive processes, including working memory, reasoning, task flexibility, and problem solving, as well as planning and execution. It has also expanded to include organization and impulse control. Executive functioning affects not only children’s behaviors but expands to social abilities and their ability to learn. It includes their ability to self-regulate, to infer and ponder consequences, to encode information in memory.

What we deem largely as automatic, or multi-tasking, is often a skill that needs to be modeled and taught. Children can benefit from working on executive functioning whether they are typically developing, or have clinical diagnosis that includes impairments in these areas. Think about the things that cause stress in your home. Perhaps you begin to worry time and time again when your son doesn’t call you after baseball practice only to find out later he forgot to charge his phone. Perhaps your high school daughter realizes she has a project due the night before it is to be turned in, or maybe you have numerous calls from your child’s teacher with regards to forgetting materials, including books, pencils, homework. Many times, parents can be frustrated in the lack of executive functioning skills if they themselves have relative strengths in these areas. On the flip side, on many occasions when parents have difficulties in the same areas of executive functioning as their children, they sympathize with the children, and lack an understanding of how to help them other than to offer commiseration.

One of the greatest things parents can do to assist in helping their children grow in this area is scaffolding. Scaffolding is a teaching method that enables an individual to achieve a goal or task under adult guidance, or more capable peers. It is important to know what appropriate expectations would be, given your child’s developmental level. For instance, you wouldn’t expect your children to pack their own lunch at 3 years old.

Dr. Robin Morris is a Clinical Psychologist.  She holds a Masters in Family and Child Therapy and a Graduate Academic Certificate in Applied Behavior Analysis.  Dr. Morris resides in Mission Viejo where she conducts psychoeducational assessments, school/home observations used to determine appropriate placements and services, as well as functional Behavior Assessments.  you can contact her at (949) 351-3770 or email her at drmorris05@yahoo.com.  Visit her website at drrobinmorris.com