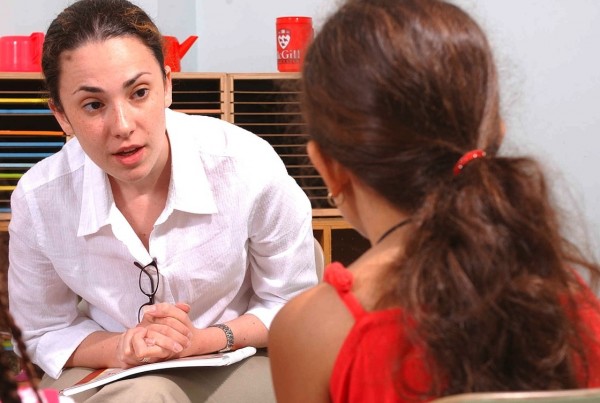 The diagnosis of dyslexia is often missed by child psychiatrists, who are frequently asked to validate a diagnosis of attention deficit hyperactivity disorder (ADHD), generated from a psychological evaluation because ADHD is a fairly common disorder with a prevalence of 10% in the US, and because roughly 80% of children with ADHD respond to stimulant medication, the role of a child psychiatrist is often circumscribed to diagnosing and treating ADHD with medication. However, because the dyslexia/ADHD co-morbidity, i.e., “the parallel track diagnosis” of ADHD and dyslexia has been described to be in the range of 10% (Shaywitz, 1988), child psychiatrists often confuse the 20% population of children and adolescents who epidemiologically are not expected to respond to stimulant medications with children with disorders of dyslexia/ADHD comorbidity.

Bruce Pennington (1991) an established authority in the field of dyslexia has suggested that there is no robust two-way association between dyslexia and ADHD, i.e., that increased prevalence of dyslexia in children with ADHD is lacking in several studies, whereas there are increased rates of ADHD in dyslexic samples described. To translate this into a more comprehensive language, I quote my former teacher at UCLA the late Dr. Dennis Cantwell who said:
“When you hear horse hooves around the corner you should suspect the zebra, because if you don’t – you may miss the unicorn.”
Whenever I evaluate a child who has been referred for assessment of probable ADHD, I also include a screening instrument for dyslexia as part of the evaluation. Conversely, if a child who has been properly diagnosed with dyslexia is referred to me for further assessment, I assume that she/he may also have dyslexia/ADHD comorbidity. It is important to remember that although the diagnostic statistical manual (DSM) has trained us all into the habit of diagnosing by categories; many of these disorders are not necessarily categorical, instead present on a dimensional range. That is to say that a child may have mild, moderate or severe dyslexia, as well as the equivalent degrees of ADHD severity.  A few additional points deserve to be emphasized on dyslexia and ADHD comorbidity:

1. If a child is diagnosed with dyslexia, there are no medication treatments proven to be efficacious. The treatment of dyslexia is complex. According to authors like Pennington and others it involves a phonic-based approach to reading because the problem of phonological coding is so central to the disorder. Examples of programs, which teach letter sound relations, are the Orton Gillingham, DISTAR, etc. The issue of remediation of spelling dyslexia seems to be fairly complex and several centers do not make spelling a direct target of remediation.

2. Authors like Pennington have advised against the idea of parents tutoring their dyslexic children, not just because they lack specific expertise but because there is a conflict between the two roles that make a parent-child tutoring situation too emotionally charged to be successful.

4. There are diagnostic boundaries that need to be monitored on a longitudinal basis. In other words, if the expectation of parents or teachers is that with remediation of inattention through medication management, deficiencies secondary to dyslexia will also fall into place, these assumptions have to be identified and corrected. This is often a set up for delaying the necessary treatment of a child with dyslexia. This delay is often painful to witness because the large majority of children with untreated dyslexia eventually become demoralized, some of them clinically depressed. I have seen in 15 years of practice, children with dyslexia who barely compensate for their deficiencies in an educational environment that is still very alphabetic so to speak, for example in the teaching of languages, (heavily relying on grammar). As time goes by, children with untreated dyslexia become school avoidant, and often resort to maladaptive patterns in order to compensate for loss of self-esteem.

For more information regarding dyslexia/ADHD morbidity or to have your child evaluated for a screening please feel free to contact Dr. Pablo De Amesti Davanzo below.

Dr. Pablo De Amesti Davanzo, MD is Senate Emeritus of Psychiatry, University of California, Los Angeles and former National Institute of Mental Health (NIMH) Career Development Awardee.  He completed his residency training in Psychiatry at Duke University in 1993 and his fellowship training in Child and Adolescent Psychiatry at UCLA in 1995.  He is currently the psychiatrist of the Child and Family Guidance Center Northpoint Intensive-Outpatient Day Treatment Center in Northridge, CA.  Dr. Pablo Davanzo can be reached by voicemail at his Brentwood office (310) 571-1519.